January 03, 2021
We could all do with a bit of festive cheer. I’m going to be discussing Christmas ads of 2020 and in particular, were they worth the hype or the criticism they received.
Warning. Contains spoilers!
Kicking off first... 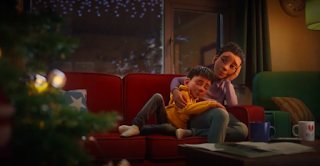 Usually, the concept around their “reindeer treats” which is essentially just the carrot bags they couldn’t sell all year, isn't one I like to buy into and never particularly that memorable to me, however, they really hit the nail on the head this 2020. I love this ad. I find it’s the perfect balance between promoting a product and subtly shouting to the current climate, in terms of everyone coming together and being with your loved ones when we need it most. This ad also really tugs on the heartstrings throughout, relating to, I’m sure, thousands of people who have squashed down the child mindset as they were growing up. Christmas really does pull that out of everyone, all ages. 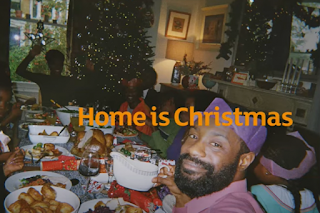 There has been a huge amount of unnecessary controversy around this ad. Sainsbury’s theme of ‘I can’t wait to see you and the family this Christmas’ was heartfelt and lovely. They released three really similar adverts to try and relate to the masses. However, this has received a huge amount of backlash from racist individuals, tying in their focus on the ad which narrates the life of a black family. For any sane human watching the ad, this is just another family from London who are excited about coming together about Christmas but for the few who don’t see it that way (a few too many might I add) this ad “doesn’t relate” to them and people have been making extremely awful racial slurs.
I love this ad. I think the message resonates with everyone and the colour of an actors skin shouldn’t have been something to focus in on. Overall I think the ad was really well done and gave everyone such a nostalgic feel. Probably my favourite one in 2020. 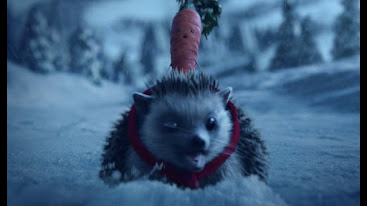 Now I’m going to say something which may not resonate with everyone but I’m kind of over the Kevin the carrot thing. Aldi has been doing this for the fifth year running and I think it’s a bit outdated. Sure, it’s got some cute characters and strangely has a resemblance to an E.T scene which I suppose relates to the idea of “coming home” but overall I just don’t really get it or find the ad particularly interesting. 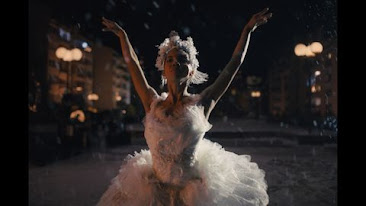 As someone who works closely with a vast number of arts companies, I have to say this sd really hit home a bit.  The arts have suffered so massively, so this was an extremely clever tactic from Amazon. Rightly titled ‘the show must go on’ the ad pays homage to a ballerina who shows gets cancelled due to coronavirus and the community comes together so she can put on her show in the street. I don’t know how I feel about the shout out to coronavirus. On the one hand, it’s weird to ignore it, on the other I think we’re a bit sick of hearing about it, however, I don't mind this ad as much as think this was done tastefully and had such a lovely heartfelt shout out, that I’m so glad someone addressed. 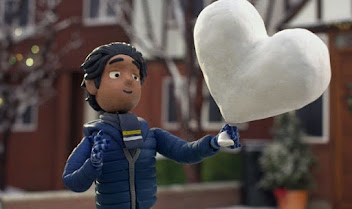 This ad has had so many mixed reviews. The message behind the ad of “spreading love” is extremely important in these unprecedented times, however for me personally the execution was confusing. I love the idea of using different creator styles to support the arts but I think within that you end up forgetting the overall message because it’s so overwhelming to look at.
What's been your favourite ad this year?
Thanks for reading,
Just Being Meg

Popular posts from this blog

July 13, 2020
The saying it's not about what you know, it's about who you know... I suppose is half true, and if it's not true,  it helps that's for sure. I've worked in social media and marketing for approximately 3 years now and in that time have collated a network of professionals across multiple industries.  This week, I had the privilege of interviewing 7 different professionals who have made careers out of their passions, to provide you with the  best knowledge to help get you kick-started in the industry you want to be in.  MARKETING Meet Sophie. Sophie is 23 years old from Cheltenham and is the owner of the @prettylittlemarketer page on Instagram, which is full of girl boss, inspiring content, to help kick start your career in marketing. HOW LONG HAVE YOU BEEN WORKING IN MARKETING? "I've studied marketing for 2 years but I landed my first marketing job 5 months ago, as a Marketing Assistant at a digital marketing agency." HOW DI
Post a comment
Read more

June 23, 2020
With over 850,000 active podcasts in the world right now, with a 300,000 increase since 2018 (according to Apple at WWDC) now more than ever is the time to start a podcast.  But what actually does it take to make a podcast? and where the hell do you start? Today's post discusses why your business should start a podcast right now! So the term podcasting is thought to of come from a mix of iPod and broadcasting and was first suggested by a BBC journalist named Ben Hammersley. To put it simply, podcasting is the form of recording audio episodes and making them available to listen to online.  Podcasts are most popular to listen to via smartphone and are the number one platform for podcast consumption, which is no surprise due to the rapid decline in PC and tablet usage.  Unknown to most, podcasts can actually be monetised by selling ad time in between the episodes. Podcasts are also a great way of tapping into a younger audience, with 18-44-year-olds making up 67% of the podcast audien
Post a comment
Read more

September 08, 2020
The music industry has changed immensely over the years. Releasing music today is so much more than just a song or an album. There's a lot of clever marketing behind some of our most favourite music. Today you need to treat marketing music the same way you market any product. It has to be on  brand and it has to grab peoples attention fo r it to sell.  Recently I discovered some incredible marketing for Marshmello  and Demi Lovato's upcoming single 'Its Ok Not To Be Ok'. So far, we have no idea what the song sounds like (apart from a teaser clip Demi released over on her Instagram). However, in the countdown to the single, there is a website available  which I think is some of the most exciting creative marketing I've seen in a while.  DEMI LOVATO X MARSHMELLO: OK NOT TO BE OK PROMO SITE The website opens up in an old school Windows browser style page, with automatic pop-ups of a playlist and mood quiz. The mood quiz determines how you're feeling overall and if
Post a comment
Read more