Although it feels as though everything is going slightly back to normal, we are still in the middle of a global pandemic. I work for a media agency and back in March, the thought of advertising was unspeakable for brands. Everyone has been forced to adjust to this new way of life and strategies for brands have completely shifted.

Some brands really reacted quickly and got it so right. Finding the perfect balance between not taking advantage of the situation but at the same time not being too afraid to talk about it.

Most recently I have seen KFC has taken their famous slogan 'it's finger-licking good' and have blurred out the 'finger licking' part, so the slogan now just reads 'it's good, to adhere to the current rules surrounding COVID-19.

I personally thought this was genius. Such a simple concept but so brilliant. When a brand is so well known and has a slogan that everyone knows, changing it even slightly is really powerful and makes people notice.

Heineken also recently launched an ad campaign named 'Back to the bars'. I really enjoyed watching this. The ad was based on the normalisation of social distancing in bars. The ad showed people washing their hands, touching elbows, wearing masks, lack of seating to abide by the two-metre distancing. 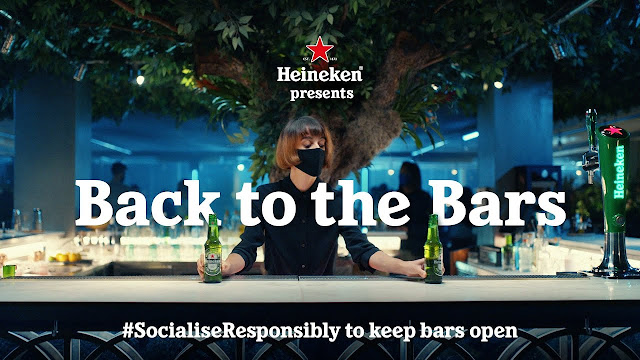 What I enjoyed about this ad is that one, it didn't ignore the fact that COVID-19 is happening which I feel like a lot of advertisers have been ignoring. Two, it's light-hearted, in the sense that it's taken the technical scary aspect of the rules and made them normal, which they are. Cleverly, this ad plays on the aspect of the want for normality and socialisation whilst staying current. Overall a really great ad.

Iconically, McDonald's re-opened with the classic 'Return of the Mac'. They officially re-opened all stores in July after testing drive-thrus throughout May in certain locations. Back in March McDonalds Tweeted; 'I wonder what song you think we should reopen with 🤔' many of the responses were 'Return of the Mac'. And that's exactly what they did. 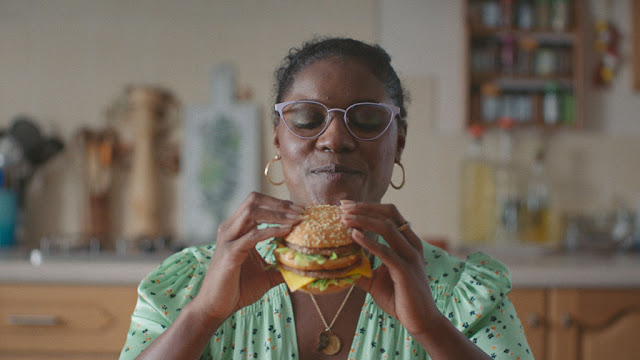 McDonald's is so established and well known, there was already a large amount of hype around the fast-food chain returning. The ad its self is a clever play on their name, as well as one their most popular burgers the 'Big Mac'. The ad shows the sheer excitement of their McDonalds order arriving. Overall it is simple, but pairing the song with the brand will always remain iconic.

Contrary to the brand's message, Uber used their advertising throughout the pandemic to encourage people not to use their services so that people that really need it can use it. 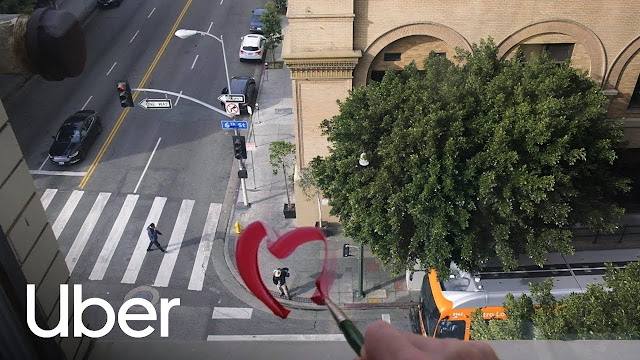 This was interesting because although it's advising people to stay away from the service, it shines Uber in a really positive light. The ad is heartfelt and shows people connecting throughout lockdown through technology and through windows. Overall, the ad reflects the brand really well. Sometimes advertising doesn't necessarily have to be about the product you are selling but can instead be about the morals your brand portrays and developing your brand awareness.

From a personal perspective, I believe it is really important for brands to still advertise during COVID, for multiple reasons. One it's so important to keep up your brand awareness. With the previous lockdown and a potential second wave, meaning retailers may be forced to close again. If this happens you need to build a relationship with your customers and you need to get your name out there. Such as Uber did, show what your key values are, you don't have to strictly advertise what you sell. People want to buy into a brand, not just a product.

Interestingly throughout lockdown, I've frequently seen ads from online fashion retailers. Brands such as Pretty Little Thing and Miss Guided have benefitted from this pandemic massively, as extra disposable income has been spent online. According to Euro Stat, between February and June, the "internet sales volume in the EU increased by 17.4%".

On the opposite end of that is the sectors that have been affected the most, theatre, in particular, has taken a huge hit, with no clarity on when shows will be back, the arts are in a bit of trouble. With retailers, Topshop has taken a hard hit, having to let go a lot of their staff, as their online store is renowned for being a lot poorer performance-wise compared to their in-store.

So what have we learnt? Well firstly, the world is completely unpredictable and no one could have predicted the chaos that COVID has caused. You have to be able to adapt easily or your brand will take a hit, but it's important to not stay quiet during these times. Build on your brand awareness and do something meaningful and impactful to stay relevant.

Thanks for reading,
Just Being Meg

Popular posts from this blog

July 13, 2020
The saying it's not about what you know, it's about who you know... I suppose is half true, and if it's not true,  it helps that's for sure. I've worked in social media and marketing for approximately 3 years now and in that time have collated a network of professionals across multiple industries.  This week, I had the privilege of interviewing 7 different professionals who have made careers out of their passions, to provide you with the  best knowledge to help get you kick-started in the industry you want to be in.  MARKETING Meet Sophie. Sophie is 23 years old from Cheltenham and is the owner of the @prettylittlemarketer page on Instagram, which is full of girl boss, inspiring content, to help kick start your career in marketing. HOW LONG HAVE YOU BEEN WORKING IN MARKETING? "I've studied marketing for 2 years but I landed my first marketing job 5 months ago, as a Marketing Assistant at a digital marketing agency." HOW DI
Post a comment
Read more

June 23, 2020
With over 850,000 active podcasts in the world right now, with a 300,000 increase since 2018 (according to Apple at WWDC) now more than ever is the time to start a podcast.  But what actually does it take to make a podcast? and where the hell do you start? Today's post discusses why your business should start a podcast right now! So the term podcasting is thought to of come from a mix of iPod and broadcasting and was first suggested by a BBC journalist named Ben Hammersley. To put it simply, podcasting is the form of recording audio episodes and making them available to listen to online.  Podcasts are most popular to listen to via smartphone and are the number one platform for podcast consumption, which is no surprise due to the rapid decline in PC and tablet usage.  Unknown to most, podcasts can actually be monetised by selling ad time in between the episodes. Podcasts are also a great way of tapping into a younger audience, with 18-44-year-olds making up 67% of the podcast audien
Post a comment
Read more

September 08, 2020
The music industry has changed immensely over the years. Releasing music today is so much more than just a song or an album. There's a lot of clever marketing behind some of our most favourite music. Today you need to treat marketing music the same way you market any product. It has to be on  brand and it has to grab peoples attention fo r it to sell.  Recently I discovered some incredible marketing for Marshmello  and Demi Lovato's upcoming single 'Its Ok Not To Be Ok'. So far, we have no idea what the song sounds like (apart from a teaser clip Demi released over on her Instagram). However, in the countdown to the single, there is a website available  which I think is some of the most exciting creative marketing I've seen in a while.  DEMI LOVATO X MARSHMELLO: OK NOT TO BE OK PROMO SITE The website opens up in an old school Windows browser style page, with automatic pop-ups of a playlist and mood quiz. The mood quiz determines how you're feeling overall and if
Post a comment
Read more